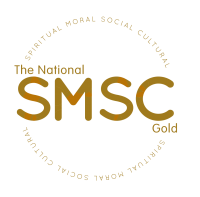 We are delighted to share with you our SMSC Quality Mark report. This recognises and celebrates the passion our whole school has for SMSC and how it is carefully woven into the rich fabric of the curriculum and pastoral support.

The Department for Education has introduced a statutory duty for schools to promote British Values more actively from September 2014, and to ensure they are taught in schools.

These Fundamental British Values are:

Our Vision for PSHE at Ryecroft Academy

Our PSHE offer will equip children with the knowledge and vocabulary they need to understand the ever changing world in which they live in. Through PSHE lessons, they will develop the skills necessary to make sensible, responsible and well informed choices allowing them to take an active role in their community, manage their life effectively and form positive, healthy relationships. By taking an active role in their immediate and wider community, pupils will know that during their time spent at Ryecroft they will have had a positive impact on both their own lives and the lives of others in the community.

At Ryecroft Academy we follow the “You, me and PSHE” scheme of work for all year groups from 1-6. Early Years (Nursery and Reception) follow the EYFS curriculum, where Personal, Social and Emotional development is one of the prime areas and taught through carefully planned play opportunities. In addition to this all classes also have a weekly mind mate lesson, focussed on teaching emotional literacy, the mindmate lessons are also reinforced through our whole school and phase assemblies. The PSHE curriculum covers all aspects of safeguarding. Further PSHE lessons are added into the lessons for each half term based on our knowledge of issues in the local area, the results of our ‘my health, my school’ survey and national focus weeks or days. For further information please see the documents below.

At Ryecroft Academy, Fundamental British values are promoted in so much of what we do, not least during our school assemblies, Religious Education, Circle Time and Personal, Social Health Education (PSHE) sessions.

As well as actively promoting British values, the opposite also applies: we would actively challenge pupils, staff or parents expressing opinions contrary to Fundamental British Values, including ‘extremist’ views of any form.

Ryecroft Academy is committed to serving its community.  We recognise the ever-changing nature of our community and the United Kingdom.  We also understand the vital role we have in ensuring that groups or individuals within the school are not subjected to intimidation or radicalisation by those wishing to unduly, or illegally, influence them.

We follow equal opportunities guidance which guarantees that there will be no discrimination against any individual or group, regardless of faith, ethnicity, gender, sexuality, political or financial status, or similar. Ryecroft Academy is dedicated to preparing pupils for their adult life beyond the formal, examined curriculum and ensuring that it promotes and reinforces British Values to all its pupils.

We want all children to grow up healthy, happy, safe and able to manage the challenges and opportunities of modern Britain. That is why from September 2020, all primary age children will be taught Relationships and Health education. Ryecroft Academy is an Early Adopter school for this and we are starting to teach parts of the Relationships and Health curriculum this academic year. Training and support will be provided to staff and we will be consulting with parents this academic year regarding which parts of the non-statutory Sex Education curriculum we will include for our Year 6 pupils.

For further information please read the guidance document below.

We are a partner of GORSE SCITT (formerly Leeds Teaching School Alliance) which offers a dynamic route into teaching, providing high quality Initial Teacher Training around Leeds. New entrants to the teaching profession are able to train directly with the  SCITT in schools within The GORSE Academies Trust and also in partner schools in the local area.

The trust has an outstanding record of recruiting trainees from its programme to newly qualified teaching positions within its schools and graduates from the SCITT are in high demand in schools outside of the Alliance.

We use cookies to ensure that we give you the best experience on our website. By continuing to browse this website you are agreeing to our use of cookies.OkRead more